Comenius: What we did in Barcelona

What we did in Barcelona

Arrival of the Spaniards by bus in the afternoon

Visiting the cathedral and Barrio Gothic

Lunch in the harbor

about food, housing conditions, free-time and

In new groups (multinational), we drew up new

presentations about the common features and

differences between Spain, Slovakia and Germany

: What do we like/dislike in Europe?

These are our results: 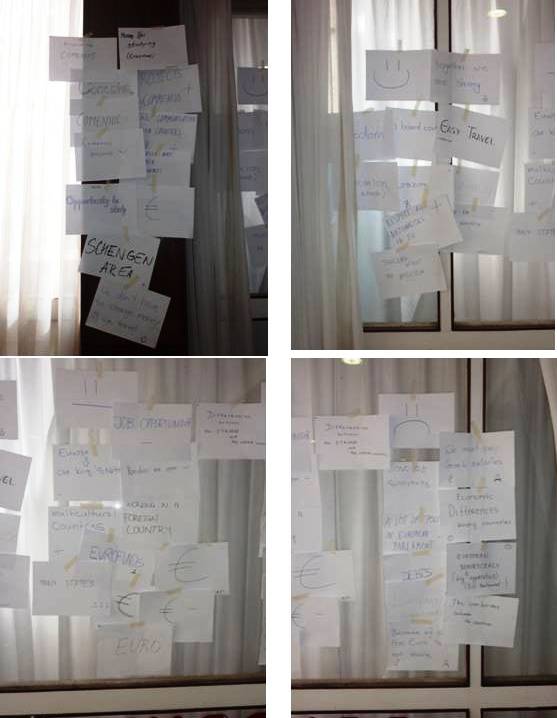 Then we worked on presentations about a better Europe (Step 2). Here they are: 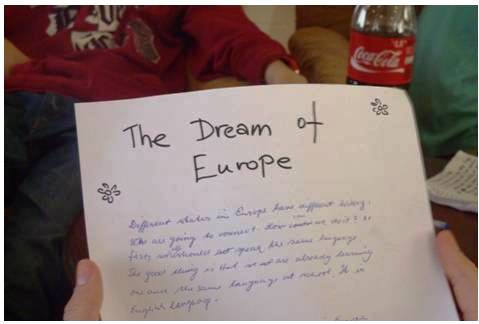 We built two groups , on the one hand a hard-working German group and on the other hand a lazy Greece group. The play consists of 3 scenes . 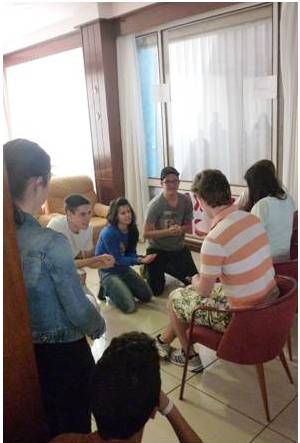 The first scene is set in the past where the Germans work really hard and can’t concentrate on their work , because the Greeks make some noise and party all day (all night).

The Germans ask them to be quiet but they don’t care and say we should relax like them .

The second scene plays in the present where the Greeks beg the Germans for help (money) .

At the beginning the Germans hesitate and think about it but then they support them financially provided that they (Greeks) give it back some day.

And at last the third scene plays in the future .

In the positive future the Greeks work together with the Germans and they give them their money back.

In the negative future the Greeks influence the German working behavior so that they care less about their working habits and party with them all night . 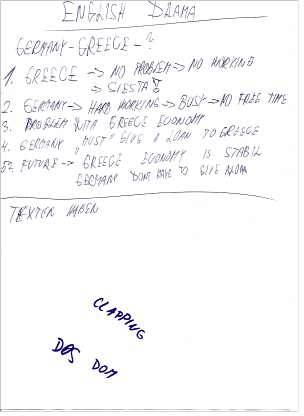 Our project for the future workshop was a play about the future in Europe. After a long time of thinking, we decided, that we wanted to perform a play, which included all 3 languages in a normal daily routine situation. At first, our group planned to stage it in an airport, but later we decided upon a play in a restaurant. The play was divided into 2 scenes. The first scene was set in the present and the second in the future. In the first scene, the guests place their orders in English to the waiter, but the problem is, that the waiter can’t understand English very well and so they can’t get their food and drinks. The second part of the play is about the future. The guests talk in English, German and Slovak to the waiter. New is, that the waiter understands all languages without any problems.

After we had gotten the task to think about the future in Europe, we discussed our ideas of making a presentation about it. But our group couldn’t come to terms so we made a compromise that allowed everyone to prepare their own presentation.

First of all some of us wrote a short story:

Secondly some prepared a poem about independence:

Thirdly some of us conducted an interview with a Chinese person visiting Europe:

And at last some drew a picture about the specials in our three countries: 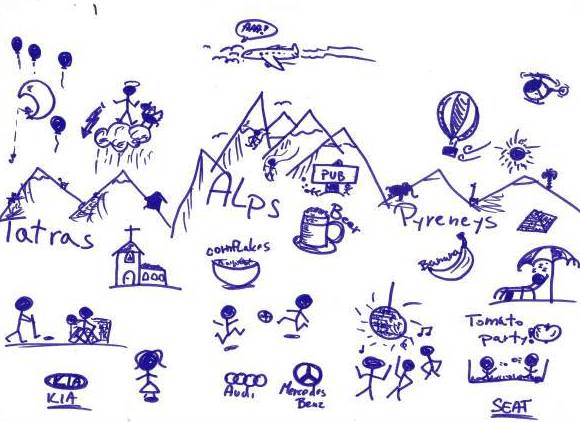 In our group we thought about the future in Europe.

We all drew a picture. In the picture you can see a classroom where a teacher teaches the new language with the name „Èuropißh“. This language is for all countries in Europe to better understand each other. The picture below shows an example for this language: „Buenos rägen“ for „Good morning“. After drawing the picture we wrote a poem with the same topic and message. 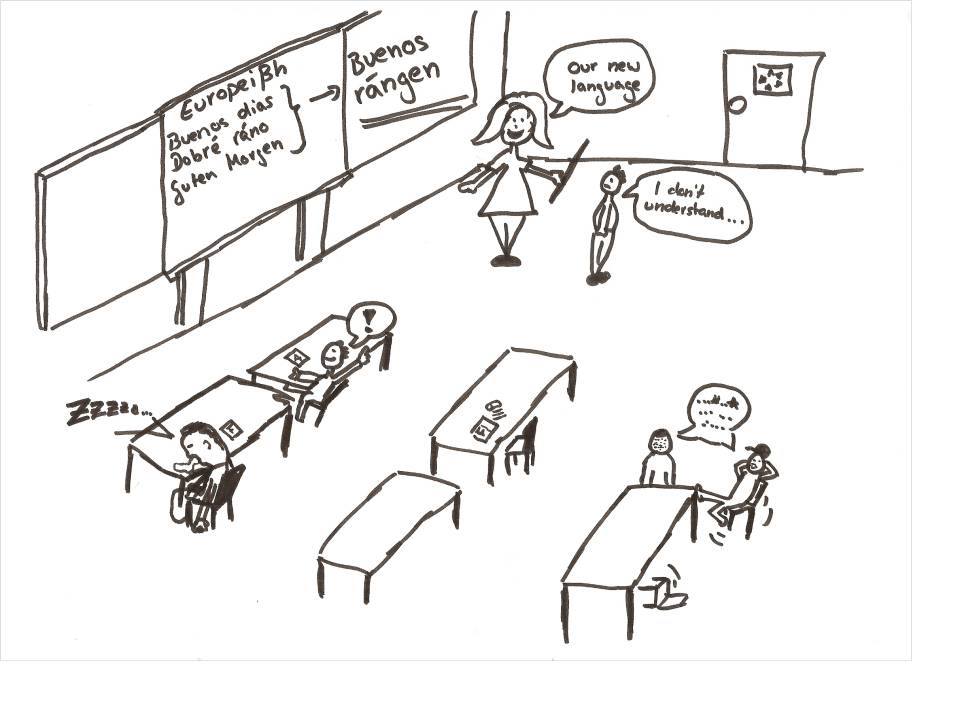 Are you Slovak, German, Spanish?

Do you wanna speak Europißh?

Now it is the right time,

try it and you`ll be fine.

First forget what you learned in past

and run to our language school fast.

But remember this language is not easy

it can often make you dizzy.

It is the best of our languages,

You´ll be a master at writing messages!

The Europißh will connect us all,

we won´t be separated anymore.

OBEN
We use cookies on our website to give you the most relevant experience by remembering your preferences and repeat visits. By clicking “Accept All”, you consent to the use of ALL the cookies. However, you may visit "Cookie Settings" to provide a controlled consent.
Cookie SettingsAccept All
Manage consent

This website uses cookies to improve your experience while you navigate through the website. Out of these, the cookies that are categorized as necessary are stored on your browser as they are essential for the working of basic functionalities of the website. We also use third-party cookies that help us analyze and understand how you use this website. These cookies will be stored in your browser only with your consent. You also have the option to opt-out of these cookies. But opting out of some of these cookies may affect your browsing experience.
Necessary immer aktiv
Necessary cookies are absolutely essential for the website to function properly. These cookies ensure basic functionalities and security features of the website, anonymously.
Functional
Functional cookies help to perform certain functionalities like sharing the content of the website on social media platforms, collect feedbacks, and other third-party features.
Performance
Performance cookies are used to understand and analyze the key performance indexes of the website which helps in delivering a better user experience for the visitors.
Analytics
Analytical cookies are used to understand how visitors interact with the website. These cookies help provide information on metrics the number of visitors, bounce rate, traffic source, etc.
Advertisement
Advertisement cookies are used to provide visitors with relevant ads and marketing campaigns. These cookies track visitors across websites and collect information to provide customized ads.
Others
Other uncategorized cookies are those that are being analyzed and have not been classified into a category as yet.
SPEICHERN & AKZEPTIEREN
Lade Kommentare …